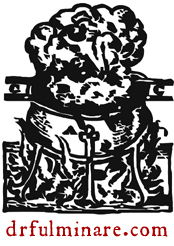 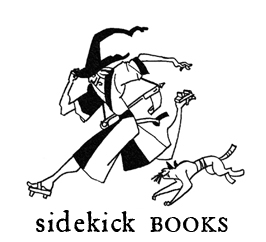 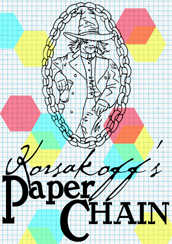 Richard O'Brien, Charlotte Geater and Others


Dr. F says:
"Just as a patient suffering from Korsakoff's syndrome, which affects the memory, may confabulate - create a false account in order to explain their solution and completely believe in it - and just as an act of architectural restoration may involve a certain amount of creative guesswork, so too goes the story of this wretched scrap of literature. Repeatedly destroyed, savaged, battered and blown to bits, only to be rebuilt from a few scattered remains by a different writer every time, it has survived long enough to be worth my presenting to you in bound form, with every past iteration having been reclaimed using sorcery, and the full story of its life painstakingly put back together. I, Dr Fulminare, give you the one and only Korsakoff's Paper Chain."

The Last Time Reality Hit Me This Hard Was Yesterday

You told me they do quality reeds cheap at Korsakoffs? asked my postman Alfred Pewter, a formidable jazz clarinetist. Even as I said yes, it seemed a very reasonable kind of price to me. I saw Al twitch a conspiracy, more an understandable paranoia that everything mattered. Turns out hed ordered a pack. It had landed with Stacy, the back-room girl who moonlights editing manuscripts and who found the first English translation of Yoshida Shins Hells Pantry. Found it severely lacking, that is. Her red pen scribbles went global via wireless so thats when it broke loose. Al himself and other reedless and pained citizens went round the houses passing messages: That back-room girls gotta go! Whatever you do, dont bend to her editors whim: the close reading of Shins prosody is a willful mess. Blow and dont sing. Protest in bop with us!

Its dawn: Al reworks They Slither To The Source then shakes them down, says the boys with short names should pay him royalties for the detuned standard. Shin and Zoot demur in swing time. Dont try pleading special treatment, boys! Deep in the garden, they blend blue notes and disgust for the window ledge of snoring Stacy, easing skywards. Manys the cat to attempt some form of jazz vengeance, a well-meaning vicar advised, walking sidelong through the mist, But few end well on it. One escape: use bass string to construct a zip line, makeshift exit for large quantities of rhythm men. The local train needs uncoupling, wasted Zoot lisps. No! String will not help us invigorate our Shin! growls Al. Too late. The short-named boys have split.

As shoppers sought the missing lads, raving Al, betrayed and bloody of eye, was scanning the papaya aisle. Columbian carnation petals assuaged his rage some, drifted round his feet: red snow. Scattered by his sister, one Mildred Pewter, adored by Al, who now starts weeping in the centre of this distinguished emporium of cultivated herbage. His forehead, as befits a mad king, is seized in virtue of the local byelaws. Seized and held gently by the sister, who was missed, gasped, quested by Al these past years. Some good old-fashioned dixielands what you need, she croons. But betrayal! sobs Al. No, to our knowledge theyre just being humans. Potatoes are enough for peace; dont dash yourselves unduly. So saying, she took a balmy Maris and applied its poultice, and he slept.

Supermarket voices blare out. Shins demons run him ragged past melons, sharpen their knives. He slips on spilt milk, and Stacy finds him gibbering in the cooler cabinet, by the coffee grinder where, within her, rise at each convulsion wells of pity. Why was it not obvious to me before?, and she downs pens, abjures the editorial, shaves her skull.

Listen to me, good people, cries Stacy to the wire baskets, evil requires nothing more than this: a fast car and somewhere to drive it. A pocket calculator and two figures. Its like we have all forgotten the obvious truth: men dazzle us with promises of mint. But its our homes. Our homes, where we can flourish if we smash the windows and breathe rain.